Joe Embrey was on our one to watch list from late last year. We never took our eyes off him as he scores the cover of 189. Photo by Robin Pearson.

SUNDAY IN ARIZONA – AZ Does It
“One could argue that if you come to believe something that didn’t actually happen, then it did to some extent” – Walter Pieringer

ONE MONTH, ONE CAMERA, ONE ROLL OF FILM
Joe Bailey keeps things simple and creates a dope article with amazing photography. Featuring many Northern street kids along with some insane spots. One to treasure for sure.

VANS ON VACATION, Mediterranean Paradise Park
The Vans crew get Urocamp all to themselves for a week and really make the most of this paradise spot. Words and photos by Leo Baron

THE SILENT MACHINE, Alex Donnachie
We catch up with Alex Donnachie for a solid Q&A session and some amazing photography and riding. Joe Bailey was on hand for this one and it’s a treat.

KEEPING IT LOCAL, Hitting Home – With James Jones
James Jones is a UK rider to keep an eye on. His edit for this piece was completely nuts and the photography is quality as per Dunk. It’s great to get into this guys mind as we know he has a big future.

MAN OF STEEL, Ted James Design: From Apprentice To Teacher

Sven Hacket steps up for issue 189. Robin Pearson is on hand to capture some insane shots along with finding out what’s next for Sven.

What They Ride – Leo Forte 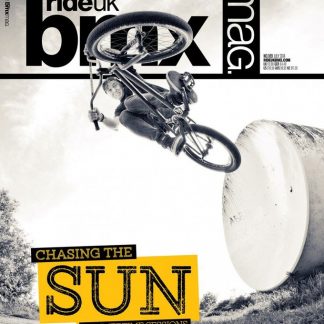