issue 165 – july 2012
COVER.
rideukbmx.mpora.com, june 2012: Probably the biggest dirt course at a contest we’ve ever seen and no doubt the biggest Nac Nac in the game. On the cover this month we have UK’s finest, Leo Forte Nac-in’ over the first of the last straight of the crazy Empire of Dirt course!

INSIDE.
rideukbmx.mpora.com, june 2012: Dirt At The Palace. Apart from the extensive coverage of Empire of Dirt, we also feature some of the UK’s best DIY spots and look at how you could go about making your own. Busting from pages is also a rad article on the Sunday team living the life in Atlanta, Georgia, a Kink UK trip and much, much more!

REGULARS.
• The E.O.D main man Key Forte gives us a ‘Bunch of Fives’
• We find out reality show star Corey Bohan’s ‘Love & Hates’
• A more in-depth look at why it took 3 photographers to shoot Leo Forte’s cover
• NASS tickets up ‘For the Win’.
• We talk to the builders of E.O.D and walk you through the course in this month’s ‘Insight’.
• We ‘Catch Up’ with James Bond stunt double, Ali Whitton.
• Drew Bezanson has so much fun this month’s ‘Thought Bubble’.
• We ask Vince Mayne ‘20 Questions’
• ‘Where Are They Now’ with Harrow and Ride UK legend Scott Stevens
• ‘Spot Check’ on Doncaster’s amazing new indoor skatepark.
• ‘What They Ride’ feature with Phil Aller and Anthony Napolitan
Plus the usual Ride UK features, entertaining letters and lots more!

FEATURES.
Empire Strikes Back. Red Bull’s Empire of Dirt drops 4200 tons of dirt on London’s Alexandra Palace. This is not your average BMX contest that comes around each year. More of a World Cup/Olympics type of an event i’d say, but in BMX. Ally Pally saw 20,000 people watch probably one of best dirt events in BMX history. We take you inside and out to give you the lowdown from the diggers to the top celebrity international riders! “…Everyone else warmed up standing on the berm, not Nasty or Tk Ellis though!…”
A Dead Industrial Atmosphere. Do it Yourself. With the recession here in the UK, there’s more and more businesses/factories shutting down, which is not a good thing but on the upside there’s more derelict spots about, perfect for a DIY spot of your own. We take a look into some current DIY gems and give you some tips & tricks on how to start your own… “…If you don’t do it now, you will look back in a few years time and think, what if?…”
Road To Nowhere. Kink in the UK. Kink recently added Phil Demattia to the team. Jay Roe and Darryl Tocco from Kink’s US team came to the UK in the Spring to meet him and spend sometime with the rest of the UK guys. Follow them on the ‘Road to Nowhere’ battling their way around the uncontrollable British weather. “…Besides the winds, the sun was putting up a strong battle against the soggy pavement…”
This is Major League. Sunday in Atlanta. Aaron Ross, Gary Young, Alex Magallan, Eric Lichtenberger are a few of the names on Sunday team that were livin’ the life in Atlanta with their own pool, blistering hot weather and tons of spots nearby. “Sounds like somewhere, where I want to be right now!” “…Also with the heat element causing all kinds of hydration issues, is made it rough to ride more than we actually did, Thank god we had access to a pool…”

MORE.
‘What They Ride’ with Phil Aller
‘Where Are They Now’ with Scott Stevens
Harrow legend Scott Stevens lets everyone know ‘where he is now’. Big smiles all round. Who would you like you to know ‘where they are nowadays’? 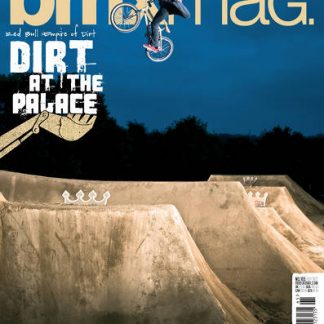